I have received complaints that the last post had a lack of passion and felt like it had been written in a five minute rush before I dashing off to catch a waiting train. Well yes that is correct so there. I will try hard next time (x100).

So recently in order to march for a couple of hours on a Climate Change protest, I spent nearly 8 hours on a diesel powered coach belching out it’s toxins all the way across the country from Sheffield to London. There has to be something wrong with that. The great and good would say you only get things done if it’s a big protest in one place but maybe it should have been in Birmingham or Manchester so slightly closer for a greater proportion of the population?

Anyway I (well Chris) spotted a huge behemoth of a power station on the way down which I duly snapped. When we got there it was the usual gang of left wing organisations (Socialist Workers, Communist Party of UK) and of course all the “Green” parties. There were even speeches from the new brand-spanking new “green” (small-c) conservatives and the Liberal “we don’t want cheap flights but we want more airports and motorways” democrats. The protest was medium sized and incredibly quiet (especially comparing it to the anti-war protests of a few years ago). Didn’t manage (nor want) to see much of Razorlight but was gutted that while Rob Newman was talking about protesting against HBOS (who are funding some arctic oil pipeline), two woman infront of me couldn’t stop yapping about last night’s dinner.

Monbiot stole the show in my opinion, saying we need to stop protesting and start doing. He said everyone should get rid of their TVs and spend that “wasted” (hear hear) time getting friends, family (and soon to be enemies and former members of family) to come on the climate change express and get involved. We’ll see!

I also managed to spill a glass of red wine over myself in the 30 minutes “free time” we had allocated ourselves before jumping back on the coach – some said it was the excitement of seeing William Shatner but that was a complete coincidence (who is he anyway?… beam ME up with humour like this)

Does anyone remember the bike man (picture below)? He was there on the anti-war protests and got into trouble with the law for cycling in Hyde Park. However a hefty dose of people power got rid of the fuzz after a short while, they crept away with the batons between their legs. I’ll try to find the other photo I have from February 2003… It’s not… gasp… digital!

Agh! Another month and I’ve not written anything. I’ve forgotten what I’ve done but it’s all been good and I’ve had lots of fun….
It all started with a walk in Sunbank Woods to look for Mushrooms with Manchester Ranger service. We did quite well and found about 50 types. I made a note of them, they can be found here. It was really nice, despite being about 500m from the runway at Manchester Airport. Luckily the woodland was saved when they were trying to expand the airport, it’s an amazing place. Didn’t get any to eat though and the one’s I thought were edible from near my house in Sheffield turned out not to be (Lesson #1: Don’t confuse Button Mushrooms with Yellow Stainers) Then saw Steve Bell who was really witty and funny. Very similar to his cartoons. He was so anti-Thatcher and Bush and obviously this has come out in his cartoons over the last 20 years. 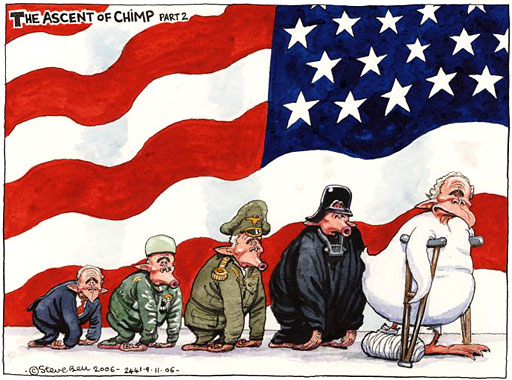 Then it was time for some firestarting (see the allotment blog) and a(nother) 😉 trip over to Manchester. This time went to the Warehouse Project to see Jamie Lidell amongst others. Was a good night apart from a quiet (relatively) soundsystem and ridiculously expensive (and warm) booze.

Caught some Muthinimbira performing on Zimbabwean Mbira at the free University Lunchtime concerts. Very cool. I’d like to have a go and playing one of them!

Then it was Harcourt VIII. The latest in our (bi-)yearly get togethers. This time we headed up to Newcastle for a weekend of, well, drunkeness and sightseeing I suppose… Highlights were probably the clubbing on the Saturday night and the trip to the Baltic on the Saturday day. We didn’t really see the best of Whitley Bay, but for the rest of the weekend the Newcastle Broon Ale flowed (well we had 2 each as our first drinks!), the champagne on the train to celebrate Nick’s birthday on the way up was enjoyed I think, and a slight lack of organisation kept everyone on their toes! A plus was finding a Star Wars mask on the floor which I wore and also some crazy sunglasses in the night club!